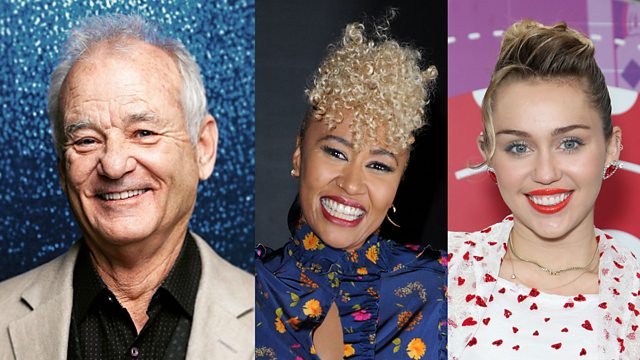 Nikki Bedi’s studio guests this week are the South African editor Megan Gill, who has worked on films including Tsotsi and Eye in the Sky, and the Australian film critic Tara Judah.

Oscar winning veteran actor Bill Murray tells us why he’s branching out in a musical direction.

British singer Emeli Sandé reflects on how her Zambian background influenced her new album and Paul Greengrass, the director of the Bourne films, explains why his trilogy captured the climate of paranoia in the early 2000s.

The writer and director of the latest Kingsman film, Jane Goldman and Matthew Vaughn, discuss creating a female villain.

The director of the Raindance Film Festival, Elliot Grove, tells us why he believes that Virtual Reality is the future of film and child star turned popstar Miley Cyrus talks about how much she’s grown up since her twerking days

There is music from the Scottish Egyptian multi-instrumentalist Ayoub sisters.