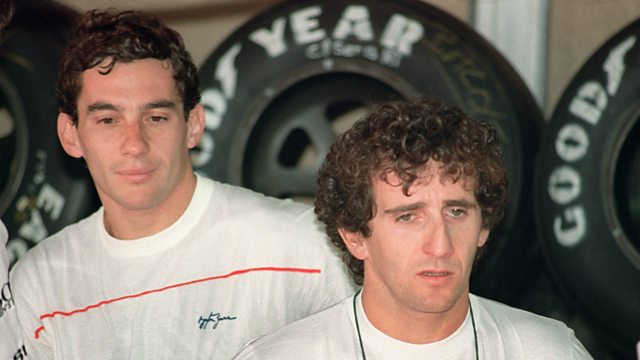 How the feud between two motor-racing giants spilled onto the track in 1989.

In October 1989, the bitter feud between Brazilian Ayrton Senna and Frenchman Alain Prost boiled over onto the track when the two drivers collided in a now infamous edition of the Japanese Grand Prix. The two men were supposed to be team-mates but their barely concealed mutual loathing gripped motor-racing audiences and led to controversy on and off the circuits. Ashley Byrne talks to Italian F1 driver, Alessandro Nannini.

The "Battle Of The Sexes" Tennis Match