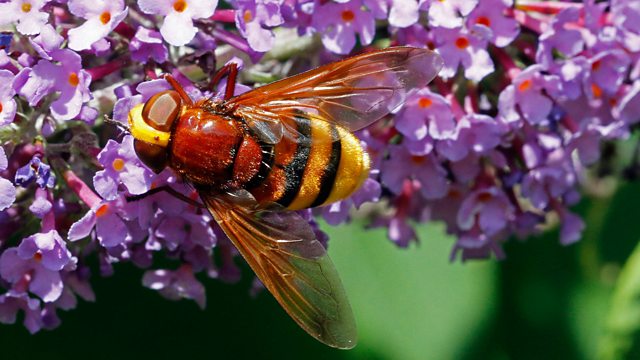 Catastrophic decline in flying insects; the cost of stopping the decline in biodiversity; why Durian fruit smells so bad; learning from Hollywood's science movie mistakes.

A few decades ago, when you drove down a country road anywhere in Europe, your car windscreen would get splattered with the squashed bodies of flying insects. It's known as the 'windscreen phenomenon'. But now, there seem to be far fewer flying insects than there used to be. Scientists have long suspected that insects are in dramatic decline, but new evidence confirms this. Research at more than 60 protected areas in Germany suggests flying insects have declined by more than 75% over the past 30 years.

Splitting the Cost of Biodiversity
Globally, $14.4 billion was spent between 1996 and 2008 to help stop the decline in the World's plants and animals. There were some overall successes, with an average reduction in biodiversity loss of 29% per country over this time. However, not all countries are doing well - with the USA (mainly Hawaii), Indonesia, Malaysia, China and India some of the poor achievers. New research has looked at the numbers for each country and at how pressures from human development goals can conflict with saving biodiversity, and has calculated what each country needs to spend to reach biodiversity targets.

Hollywood Science
In the quest for a good storyline and lots of action, Hollywood doesn't always get its science right. The science of geophysics can get mangled in the plot. In the 1997 blockbuster 'Volcano', Tommy Lee Jones fights to save residents from volcanic lava flowing through the streets of LA, however the city is located neither near a hot spot nor a subduction zone which would be needed for a volcano to emerge. But rather than worrying about this and getting angry and shouting at the screen, top geophysicist Seth Stein, at Northwestern University, says that pointing out scientific errors can be a great place to engage students in the subject and help inject the healthy scepticism needed to be a good scientist.

Durian Fruit
It smells awful, and is banned in many public places, but to many Southeast Asians its creamy flesh is delicious. Why is there such a dichotomy between the smell and taste of the 'King of Fruit'? New genetic analysis may hold the answers and may even help technologists to engineer the smell out of the durian.