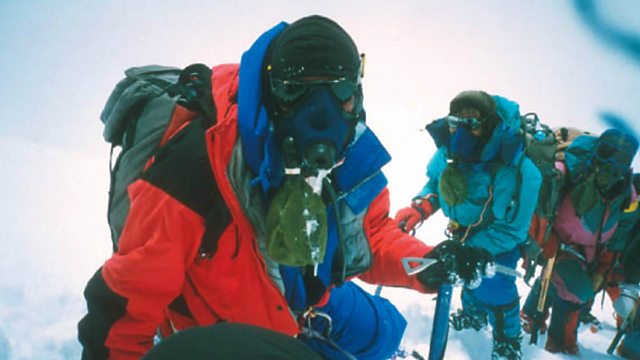 Ken Kamler was the only doctor high up on the slopes of Everest in 1996, when a storm killed eight climbers and left many others with severe frostbite and hypothermia.

Ken Kamler was the only doctor high up on the slopes of Everest when a sudden storm killed eight climbers and left many others with severe frostbite and hypothermia. His supplies were basic and conditions difficult. But he still managed to save several lives. Ken Kamler told his story in a book called 'Surviving the Extremes'.

Mandy and Paul Young are the founders of Adrenaline Alley, the biggest skate park in Europe. The park is dedicated to their late son John, who was a keen skater. Mandy and Paul tell Outlook how running the skate park helped them cope with John's death.

This weekend, for the 100th weekend in a row, an Indian lawyer called Afroz Shah will be cleaning up his local beach in Mumbai. When he started the Versova beach was absolutely filthy, but he's been encouraging volunteers to do something about it, and now he's being hailed as an environmental hero.

Forced to Bury my Cellmates in Chad