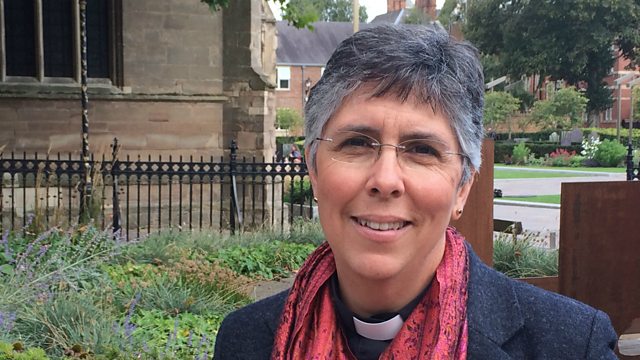 Why I Kept a Bullet-ridden Pillow Case

Revd Canon Guli Francis-Dehqani spoke to Matthew Bannister about having to flee Iran when her family was targeted.

For Revd Canon Guli Francis-Dehqani the pillow case is a grisly souvenir of an attempt on her father's life during the Islamic revolution in Iran. Guli's father was the Anglican Bishop in Iran and was targeted because of his religion. Now Guli is about to become a Church of England Bishop herself. She joined Matthew Bannister to reflect on her journey from Tehran to her new posting in Loughborough in the English Midlands.

Imagine a marching band, but without the instruments. Or a cheerleading squad, but without the pom poms. For Outlook, Alessia Cerantola goes to Tokyo to find out more about the sport of precision walking from pioneer Nobuhiko Kiyohara, starting in a neighbourhood called Shibuya where it all began.

A local policeman from Sicily, Angelo Milazzo, spent almost 3 years trying to find the identities of 24 migrants who drowned trying to cross the Mediterranean sea.

South African cartoonist Mogorosi Motshumi witnessed the worst of apartheid, and in the 1970s and 80s, was one of the only black artists using comics to document township life. But now, Mogorosi is slowly going blind. Last year he published his life story as a graphic autobiography, becoming the first black South African cartoonist to do so. He told our reporter Daniel Gross how he first got into comics as a child.

Forced to Bury my Cellmates in Chad

Outlook Weekend: No End Of Trouble