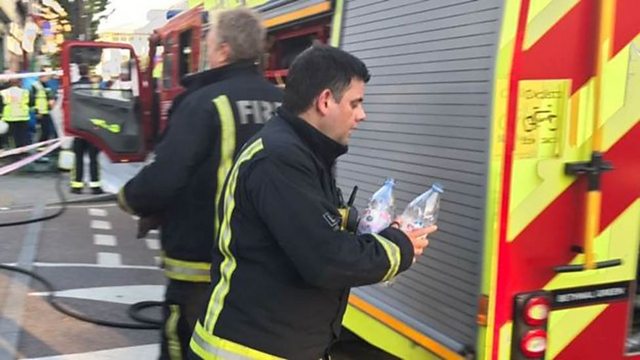 What to Do if There is an Acid Attack

What to do if you witness an acid attack; trainee midwives making birth safer in South Sudan; how online reviews influence our purchases.

The rise in acid attacks in London has challenged emergency services – with bystanders also playing a key role in the vital first aid which helps to reduce the severity of any resulting burns. Countries such as India and Bangladesh have long had to deal with similar attacks – where acid is thrown into the face. Copious amounts of water can help to reduce the risk of permanent facial disfigurement and blinding. Harsh penalties for such assaults and for carrying acid as a weapon appear to have reduced the number of attacks in Bangladesh.

Women in the world’s newest country, South Sudan, have a one in seven chance of dying in childbirth. But the next generation of trainee midwives is hoping to make it safer. They are studying at the Juba Teaching Hospital, where our reporter Maeve Frances spent a day with them on the labour ward.

Psychologists say we are more likely to be influenced by the number of reviews rather than star ratings – when we buy products online. Researchers at Stanford University in the United States say that social learning – using information picked up from others – can be a powerful tool. But we might not be using in the best way.