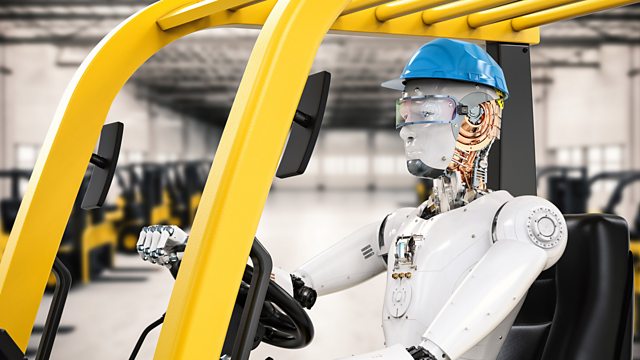 Tim O’Reilly’s Vision of the Future

Tim O’Reilly made his name spotting technologies with world-shaking potential - from proselytising about the World Wide Web to popularising terms like 'Web 2.0' and 'Open Source' over the last decade. He joins Click to discuss his new book WTF? What's the Future and Why It's Up to Us. O’Reilly is fundamentally optimistic saying that robots are not going to take our jobs, arguing they will "only if that's what we ask them to do!"

TechCrunch and Facebook hosted Startup Battlefield Africa in Nairobi, Kenya recently. The Startup Battlefield pitch-off competition featured startups from all over Africa in three categories. Top notch investors and founders served as judges to pick the winners in each category as well as an overall winner. Click talks to one of the speakers at the event, Rebecca Enonchong and Francis Obirikorang CEO and Co-founder AgroCenta.

John Akomfrah, a founder of the experimental film group Black Audio Film Collective, has just produced a beguiling immersive experience at the Barbican in London. The video installation projected on six screens marries images of the earth’s squandered natural resources, Akomfrah’s own new footage and a wealth of archival material, to reflect subtly the damage humanity has wrought to the biosphere. Click talks to Akomfrah about Purple.