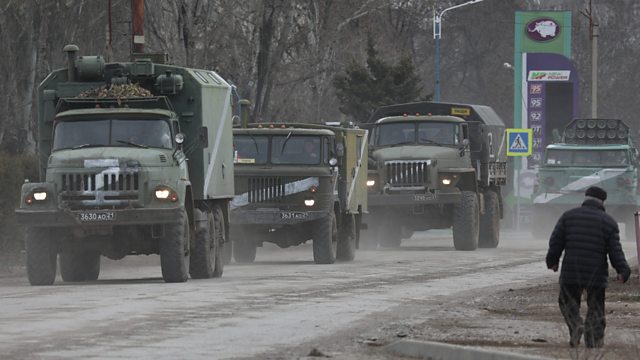 General Alexander Dvornikov, a Russian general with extensive experience in Syria, has been put in charge of Moscow's operations in Ukraine. He’s been tasked with improving the co-ordination of forces on the ground.

Also in the programme: reaction to a new UK law which requires restaurants which employ more than 250 workers to put calorie information on menus and online food apps.

Joining Julian Worricker to discuss these and other topical issues of the day are Sanam Naraghi-Anderlini, who is the executive director of ICAN, a women's rights organisation based in Washington DC, and Gwythian Prins, a military strategy expert who's advised NATO, the United Nations secretary-general and the UK Ministry of Defence.