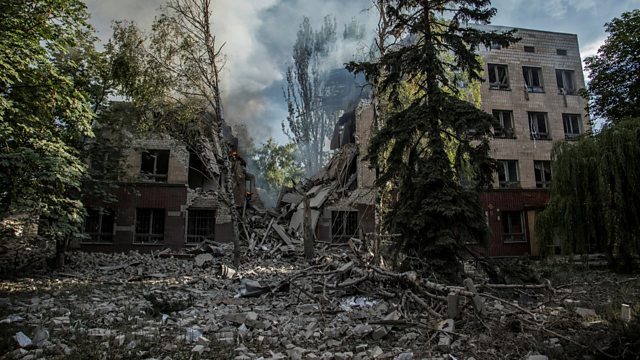 Moscow says it has now full control of Ukraine's eastern region of Luhansk.

Russia says it now controls the whole of the Luhansk region in eastern Ukraine. We assess that claim and look at the big picture of the war's progress and hear from America's top general.

Also on the programme, we hear from Australia's biggest city, Sydney, were thousands of people have been told to leave their homes because of the risk of flooding; and the legendary British theatre director, Peter Brook, has died in Paris at the age of ninety-seven. We speak to actor Kathryn Hunter, a long time collaborator.