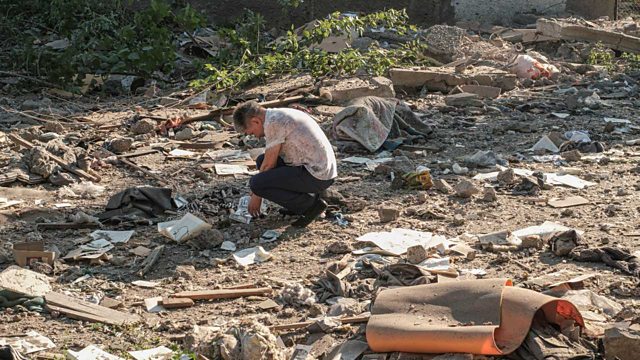 Ukraine: Explosions in the southern city of Mykolaiv

Authorities have urged residents to stay in air raid shelters.

Authorities have urged residents to stay in air raid shelters. Also reports from Russian state media say that two Britons will stand trial for "mercenary activities," and the ship which Ukraine says is full of stolen grain.

Also, the UN special advisor on Libya condemns the violence after the Libyan parliament in the city of Tobruk is set ablaze by protesters. And Greece's minister of Climate Change tells us about their efforts to combat wildfires before they even take place.

(Photo: A man examines pictures over the debris in Mykolaiv Credit: Ivanchenko/EPA)