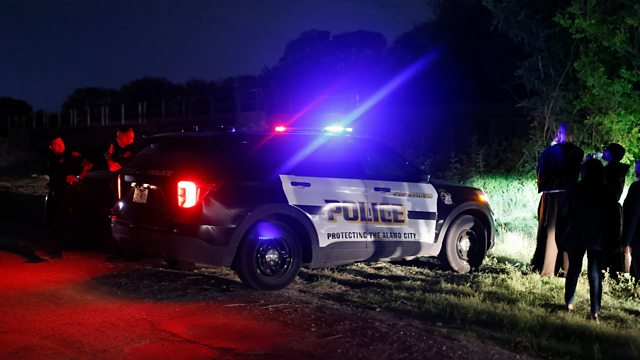 Forty-six people found dead, along with sixteen survivors, in a huge tractor-trailor that had been abandoned by its driver in the city of San Antonio, near the southern border of the United States. The survivors were rescued after cries were heard coming from inside the vehicle. We hear the latest from San Antonio.

Also in the programme: a group of former Australian military personnel warn of the knock-on effects of global conflict and climate change on the country's food security. And as NATO meets to address growing concerns about the threat to its members from Russia, how will Russia react to a stronger NATO military presence near its borders?

(Photo: Police and officials man a roadblock near the location where more at least 46 migrants were found dead in San Antonio, Texas. Credit: ADAM DAVIS/EPA-EFE/REX/Shutterstock)