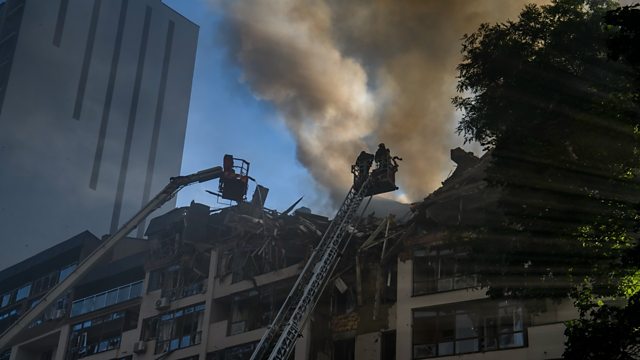 The strikes came as leaders of the G7 began a three-day summit in Germany.

Dozens of Russian missiles have struck targets across Ukraine, with the capital Kyiv enduring the heaviest barrage in months. But how long will Moscow's missile stockpiles last?

Also in the programme: the hunt for justice in Italy more than 40 years after Marxist militants launched a campaign of violence; plus, the baby mammoth, unearthed in pristine condition in Canada after 30,000 years.

Photo: Rescuers next to an apartment building destroyed in Russian airstrikes in Kyiv. Credit: Getty Images.)