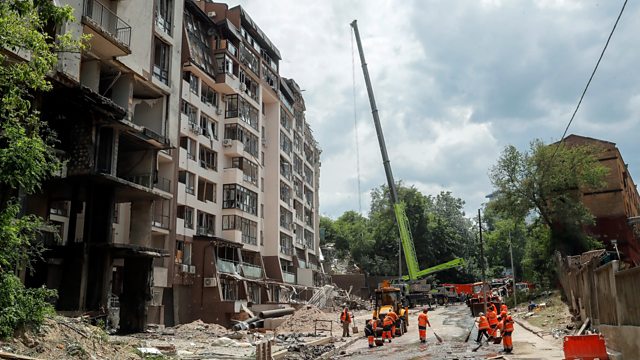 The Ukrainian capital, Kyiv, has been hit by a series of Russian missiles, in the most sustained such barrage in months. The National Guard says at least fourteen missiles struck the city.

Also in the programme: a meeting of the G7; and a preserved baby woolly mammoth.