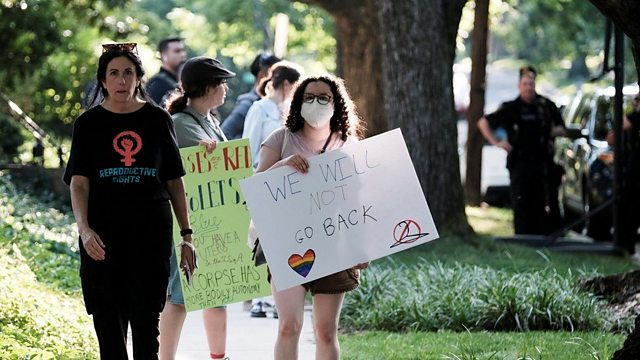 US abortion clinics start to close after landmark ruling

Clinics have begun closing in some US states after a Supreme Court ruling on Friday removed American women's constitutional right to abortion.

Activists say they will stage more protests against the US Supreme Court ruling that's removed the constitutional right to abortion.

Also in the programme: Russia has launched a barrage of missiles at targets in the north and west of Ukraine; and police in Norway say they are treating shootings in and outside a gay bar in Oslo as a terrorist attack.