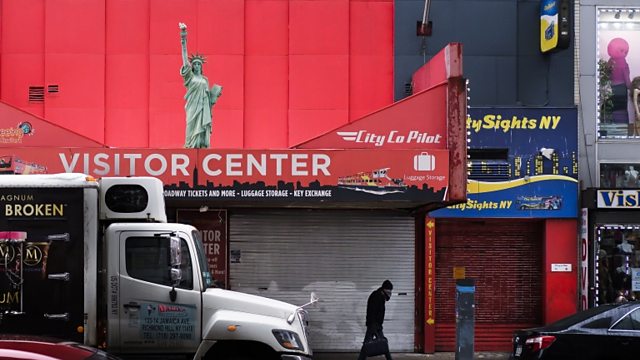 The US economy added 380,000 jobs in February, well ahead of economists' expectations. We hear how the US markets reacted - as well as a report from the BBC's Michelle Fleury on how women have been particuarly badly hit in the jobs market during the pandemic. Throughout the week we've been examining the impact of the pandemic on workers' mental health, but today the BBC's Szu Ping Chan reports on what makes for a happy and satisfying career. Plus, the US band Kings of Leon is releasing its latest album today, but it has also chosen to issue it as a tradeable digital token, which is being described as a bit like the digital currency Bitcoin. Alex Hern is technology editor of The Guardian, and dicusses whether this marks a genuine breakthrough in how artists can earn money, or just a triumph of marketing to get people talking about the new release.

US on the brink of historic stimulus