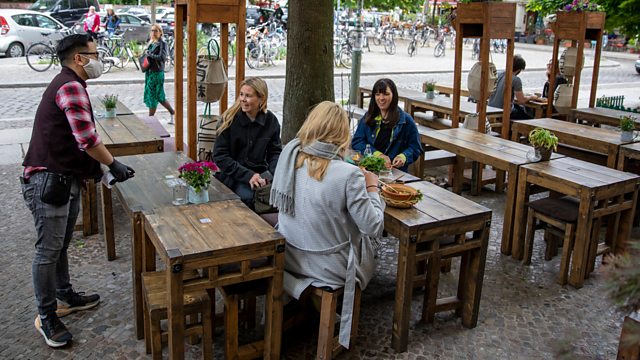 As a value added tax cut comes into force, there are signs of life in the German economy.

As a value added tax cut comes into force, there are signs of life in the German economy. Thomas Lengfelder runs Berlin’s hotels and restaurants association, DE-HOGA, and tells us many businesses can't afford to pass on the tax cut. And Holger Schmieding, chief economist at the German bank Berenberg discusses the implications of today’s changes for the German economy. Also in the programme, amidst the recent upsurge in Black Lives Matter activism, some firms decided to suspend advertising on Facebook in an attempt to persuade it to do more about hate speech on the platform. Damien Huang of outdoor clothing company Eddie Bauer explains his company’s stance, and we get wider context from Steven Levy, editor-in-chief of Wired magazine. Plus, we hear from the British film director Gurinder Chadha, whose credits include ‘Bend it Like Beckham’, on why she’s contributed to a series of short films made entirely at home for the streaming service Netflix.

(Picture: Customers at a Berlin restaurant in May. Picture credit: Getty Images.)