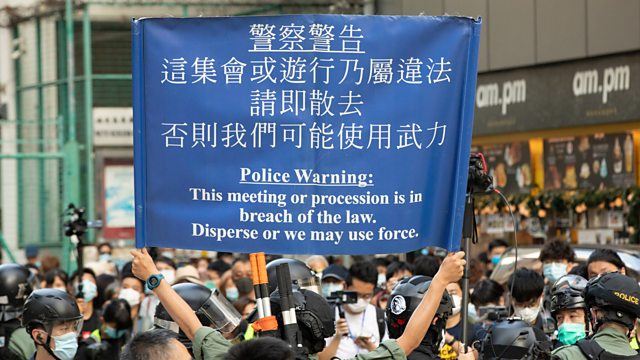 China's parliament has approved a controversial new national security law for Hong Kong. Gary Leung runs a business in Hong Kong helping people to move overseas, and tells us he's seen a big increase in emigration enquiries since the security law first emerged. Jodi Schneider of Bloomberg explains how Hong Kong originally established itself as a centre for global business. And we hear from Allan Zeman, chairman of Lan Kwai Fong Concepts Holdings, and Scott Salandy-Defour of Liquidstar, about why they respectively support and oppose the new regulations. Also in the programme, the International Labour Organisation estimates that 400 million full-time jobs have been lost in the first half of the year as a result of coronavirus. The organisation's director general, Guy Ryder, discusses the sort of roles that have been hit hardest. Plus we find out why Kweichou Moutai, which makes a quintessentially Chinese alcoholic spirit, has become the most valuable business listed on China's stock market. Lucille Liu is from Bloomberg in Beijing and fills us in.