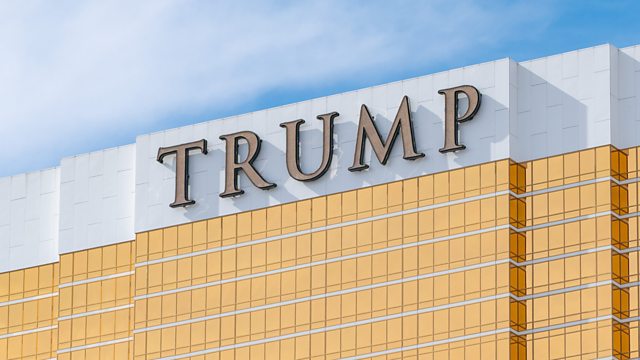 What next for the Trump brand?

We ask what Donald Trump will do next, and consider the future of the Trump brand.

We ask what Donald Trump will do next, and consider the future of the Trump brand. Dan Alexander is a writer with Forbes magazine, and explains how Mr Trump built his business empire. Robert Maguire of Citizens for Responsibility and Ethics in Washington discusses what his organisation claims are more than 3,500 conflicts of interest for the president since he took office. Nancy Wallace, professor of real estate finance at the Haas Business School in California tells us loans worth more than $480m will come due for Mr Trump in the next four years. And Colm O'Callaghan, former vice-president of Trump International Hotels, suggests a role at the centre of a new television network may be a likely next step for Donald Trump. Also in the programme, as the International Maritime Organisation introduces more stringent targets by 2030 for the carbon footprint of sea freight, Guy Platten, secretary general of the International Chamber of Shipping considers the potential impact of the move. Plus, as haircare brand Garnier unveils a hair shampoo that doesn't come in a plastic bottle, instead working like a bar of soap, Adrien Koskas, global brand president for the firm, explains the thinking behind the launch.

What next for the Trump brand?