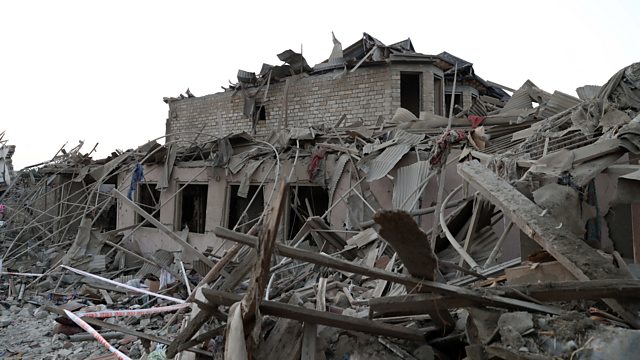 The latest on the fighting over Nagorno Karabakh after a ceasefire was declared yesterday - but a very fragile one.

Also, as people across France gather to pay tribute to a teacher who was murdered on Friday, we'll hear from the mayor of the town where it happened.

Joining Julian Worricker to discuss these and other issues are Anna Machin, British evolutionary anthropologist, writer and broadcaster; and Mark Landler, American journalist and London bureau chief for the New York Times newspaper.