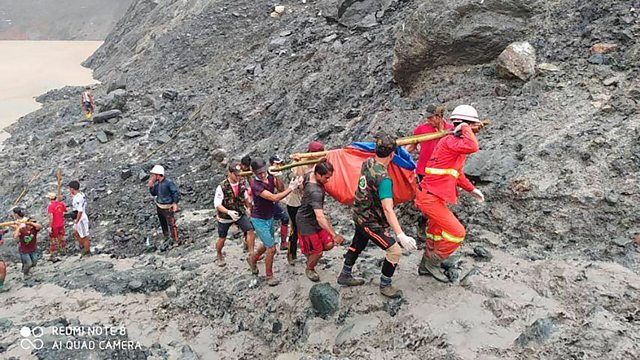 At least 162 bodies have been found after a landslide at a jade mining site in northern Myanmar. Rescue work has continued all day for people still missing at the site in the Hpakant area of Kachin state. We investigate who controls this often murky industry which produces about 70% of the world's jade. Jade is believed to be one of Myanmar's most profitable exports and worth billions of dollars, fuelled in large part by demand in neighbouring China.

The High Court here in London has ruled against President Nicolas Maduro of Venezuela in a legal battle over access to a billion-dollar stash of gold in the vaults of the Bank of England. Why was the High Court involved in the first place?

Business relations have declined between India and China following a border dispute. Users of the Chinese mobile app TikTok express frustration that they're no longer allowed to use the service since the Indian government banned it along with dozens of other apps. Renu Agal, Hindi editor at The Print explains the background to the row, whilst we get wider context from Dr Yu Jie, senior research fellow on China at Chatham House. And Parveen Khandelwal, secretary of the Confederation of All Indian Traders discusses a boycott of Chinese goods that many shops are engaged in.