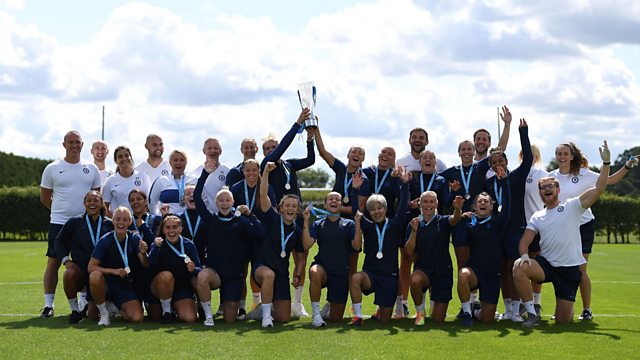 We speak to Manchester City player Janine Beckie about the start of the WSL.

With the new NFL season set to restart how different will the landscape look? With Coronavirus and protests we will see an NFL season like no other. We speak to Stephania Bell who is the ESPN's injury analyst and has covered the Leagues’ plans to return to play extensively. We also hear from former American Footballer and BBC pundit Jason Bell on player protests.

'Some people are afraid of what they don't know' - Balochi sisters Halima and Sarah tell Caroline Barker about their culture and how playing basketball has helped break down barriers.

The Women’s Super League returns on Saturday with Aston Villa taking on Manchester City. We hear from Canadian international and Manchester City player Janine Beckie on their plans for the new season.

Plus New Zealand cricketer Jess Kerr on how she hopes to inspire people to look at the positives in life after she became successful cricketer despite suffering injuries, having diabetes and Bells Palsy.