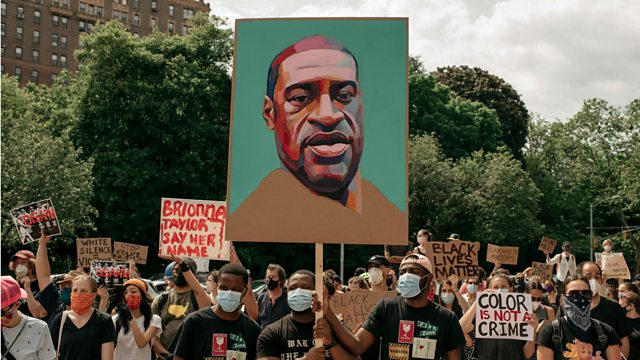 'I fear for my life simply because of the colour of my skin' - Washington Mystics player Natasha Cloud talks to Sportshour about racism following the death of George Floyd.

Washington Mystics player Natasha Cloud believes the time for silence is over following the death of George Floyd. Cloud says "I fear for my life simply because of the colour of my skin" and that she knows she will suffer racism at some point every day. Cloud adds "that fear is there for every single black American" and says one of her biggest fears is bringing a black child into the world. Cloud says if what happened to George Floyd doesn't "wake you up" it "says a lot about who you are as a human being".

"What if I was George Floyd?" - This week more than a dozen of the NFL's top players - including MVP Patrick Mahomes - released a video telling the league that they won't be silenced. It came after the NFL was criticised for it's earlier statement following the death of George Floyd. We speak to former New York Giants player Jason Bell about how the NFL have reacted this week and the fall-out between Saints team-mates Drew Brees and Malcolm Jenkins over Brees comments about kneeling during the national anthem.

Male body image in Sport - Luke Chadwick is a former Manchester United player and Toby Penty is England's Badminton number one. Luke talks about how damaging he found negative media attention around his appearance when he was a young player at United and Toby shares how alopecia has affected his confidence. Luke wants to promote the message that it's healthy to talk and they speak to each other about how their experiences have shaped them.

"Walking out to bat in a test match, where you have nobody watching, I found it incredibly difficult" - Former England batsman Kevin Pietersen tells us it's "great" that cricket is coming back and admits they have to play behind closed doors but says he found it hard to perform in front of sparse crowds when he was a player. Pietersen is taking part in an online charity bike race on Sunday to raise money for the NHS. Four time Tour de France champion Chris Froome is the favourite and will start after everyone else. Pietersen jokes they can start at the same time and he'd still be confident of beating Froome.

And this week's Sporting Witness goes back to the Rio Olympics of 2016, when fencer Ibtihaj Muhammad became the first Muslim-American to compete while wearing a hijab.

'A really cathartic experience' - Mary Cain on her return to running