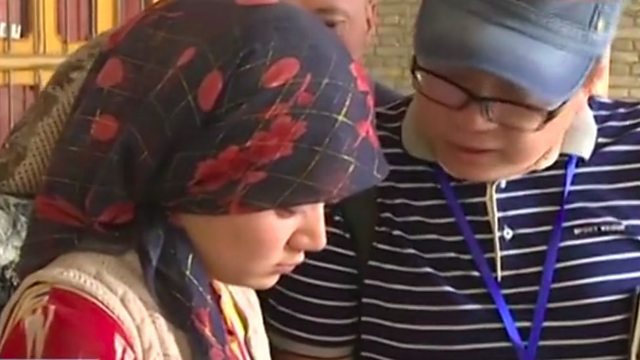 A high-level Chinese report, accidentally posted online, has revealed policies in the western region of Xinjiang designed to assimilate Muslim Uighurs and other minorities.

A high-level Chinese report, meant for senior officials but accidentally posted online, has revealed policies in the western region of Xinjiang that are designed to assimilate Muslim Uighurs and other minorities. The paper contains detailed research on a massive relocation scheme that China says will help reduce poverty.

Also in the programme: we hear from a young woman in Mandalay who sheltered friends escaping Myanmar's security forces; and German media are reporting that the country’s main opposition party, the Alternative fuer Deutschland, has been designated as a suspected right wing extremist organisation by the domestic intelligence agency.