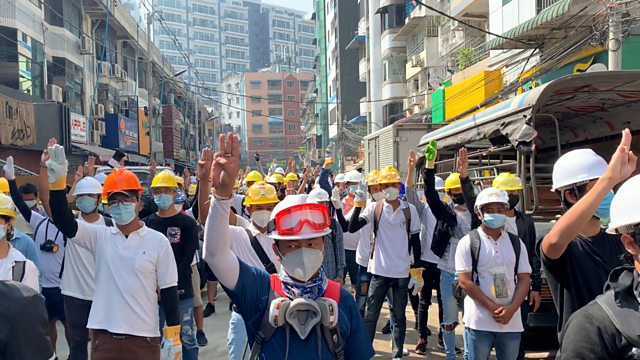 Some of Myanmar’s neighbours pressed its ruling junta on Tuesday to release ousted leader Aung San Suu Kyi and cease using lethal force against opponents of their Feb. 1 coup.

Also on the programme: The US imposes sanctions on senior Russian officials over the poisoning of opposition leader Alexei Navalny; and three Afghan women journalist are shot dead in a wave of targeted killings.

(Photo: People make the three-finger salute on a street during a protest against the military coup in Yangon, Myanmar, March 2, 2021. Credit: Reuters).