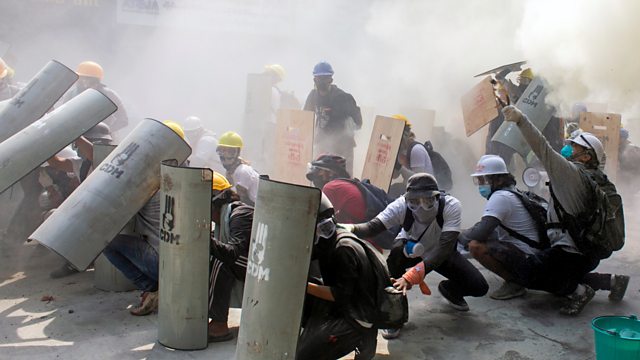 It was the bloodiest day since mass protests began against the military leaders who overthrew the elected government.

The United Nations has condemned the use of lethal force against peaceful protesters in Myanmar. Protesters in several cities were met with live ammunition, rubber bullets, stun guns and water cannon. Also: we have more details on the penal colony in Russia where opposition leader Alexei Navalny has been sent to; and the annual Golden Globe awards for film and television will be handed out in Hollywood a few hours from now but there’s been some controversy regarding the 87 members who choose the winners.

( Photo: Protesters take cover as they clash with riot police officers during a protest against the military coup in Yangon, Myanmar. Credit: REUTERS/Stringer)