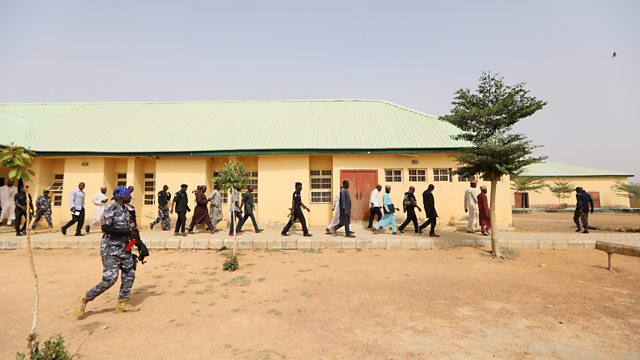 A group of abducted schoolboys have been released while over 300 schoolgirls who were kidnapped in another state are still missing.

Police in Nigeria have launched a search and rescue operation for 317 girls kidnapped from a school in the state of Zamfara. The operation comes as 42 people kidnapped from a boarding school in a similar incident last week in Niger state were released. Also: it’s day three of the conference of American political conservatives, known as CPAC, where former secretary of state Mike Pompeo has been speaking; and we’ll hear about the life of one of the leading champions of America's movement of so-called 'beat poets’.

(Photo: A team of security experts tour the JSS Jangebe school, a day after over 300 schoolgirls were abducted. Credit: Reuters/Afolabi Sotunde).