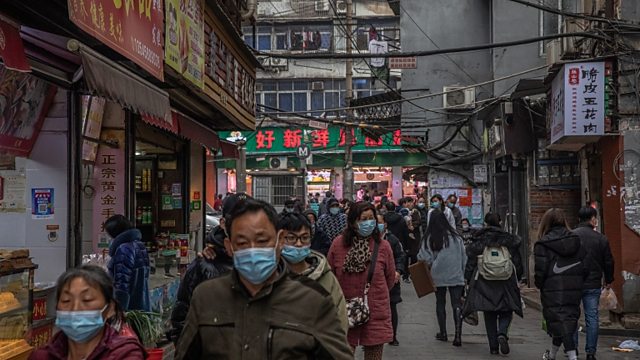 Life in Wuhan a year after lockdown started

This week marks one year since the world’s first Covid lockdown started and the Chinese government confined almost 60 million people to their homes in Wuhan and the surrounding province. Our China correspondent, John Sudworth, reports from the city that is now remembered in China as the scene of a great victory.

Also in the programme: Australia's prime minister says he will not respond to threats, after Google said it would disable its search engine if it was required to pay for news content in the country; and as President Biden and Canada's prime minister, Justin Trudeau, discuss the cancellation of the Keystone XL oil pipeline, we debate the pros and cons of such projects.

(Picture: People wearing face masks in Wuhan the day before the first anniversary of the lockdown in the city. Credit: EPA/Roman Pilipey)