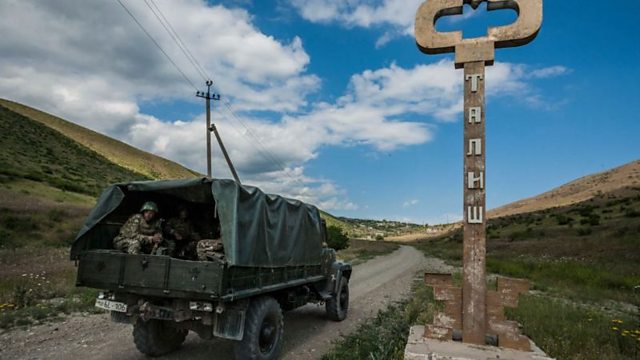 Civilians have been killed and injured during heavy fighting between Armenian and Azerbaijani forces in the disputed Nagorno-Karabakh region. The president of the breakaway region, which is mainly inhabited by ethnic Armenians, has declared martial law. Russia has called for an immediate ceasefire.

Also in the programme: People in Switzerland are voting on whether to abandon an agreement with the European Union on the free movement of people; and the Kanneh-Masons family, one of Britain's most gifted musical siblings on creating music during lockdown.

Madrid sees a surge in cases of Covid-19