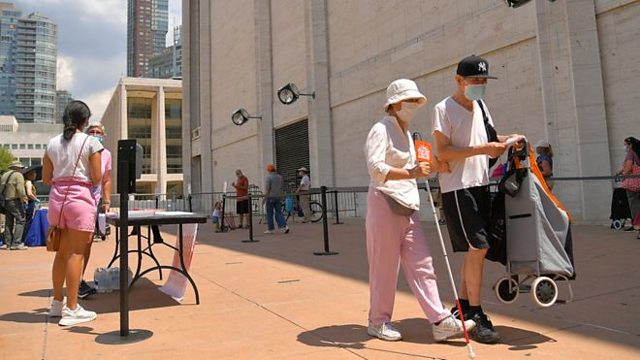 The US economy shrank at an annualised rate of 32.9% between April and June as the country grappled with lockdowns and spending cutbacks during the pandemic.

Also in the programme: Albuquerque’s Democratic Mayor,Tim Keller, tells us why he wants to stop the deployment of federal forces in his city; and the rise of new Covid-19 cases in Europe makes some countries re-establish new restrictions.