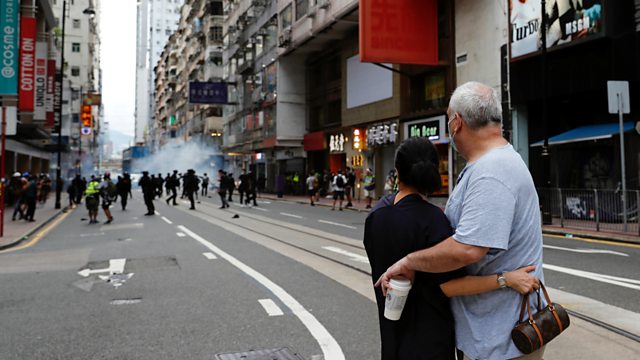 Hong Kong security law: how the world has responded

We look at the international response to the controversial security law imposed by China on Hong Kong, after criticism from the UK and US.

Also in the programme: Why Israel's Prime Minister has postponed his big announcement on annexing the West Bank, and the unexplained deaths of hundreds of elephants in Botswana.

(Picture: A couple hugs each other as police fire tear gas into the crowds to disperse anti-national security law protesters during a march at the anniversary of Hong Kong's handover to China from Britain in Hong Kong, China July 1, 2020. Credit: Reuters/Tyrone Siu)