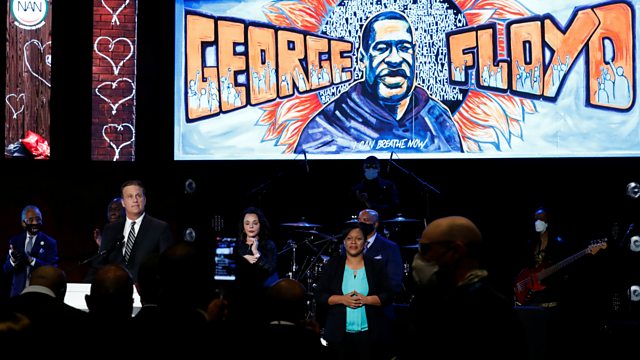 Civil rights leaders have joined family and friends for a memorial service in Minneapolis for George Floyd. The service was held on the day new charges were announced against the four police officers involved in Mr Floyd's death.

Also in the programme: thousands of protesters in Hong Kong have defied a police ban take part in a vigil marking the anniversary of the Tiananmen Square crackdown that took place in Beijing in 1989; and how millions of babies are missing out on life-saving vaccinations because of the coronavirus pandemic.

(Picture: A service to commemorate George Floyd has been held in Minneapolis. Credit: Reuters)