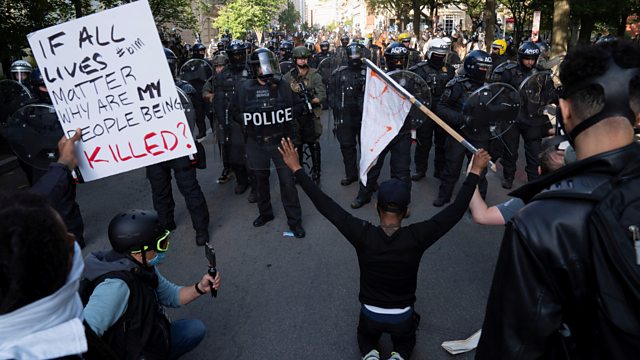 This would require the president to invoke what’s known as the Insurrection Act of 1807, which allows the use of active duty or National Guard troops for law enforcement.

As protests have spread across the US following the death of George Floyd, there have been some incidents of violence and President Trump has said he will deploy the military. To do so, the president would have to invoke the Insurrection Act of 1807, which was last used in 1992 to stop riots in Los Angeles. Also: we’ll hear from Bryan Stevenson, founder and executive director of the Equal Justice Initiative, about the long struggle for racial justice, and a new study has found that keeping a distance of more than one metre from other people reduces the risk of coronavirus infection to three percent.

Trump tells police to get 'much tougher' on protests