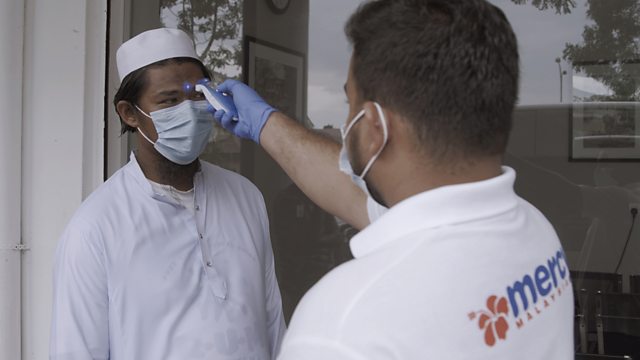 The United Nations and human rights groups are calling for the internet to be restored in the world’s largest refugee settlement to help in the fight against the virus. But the situation is not much better in other refugee camps around the world. An NGO worker tells us how the situation is in Samos, in Greece.

Also in the programme: Iran has announced that some economic activities will resume from next Saturday; and we hear from Italian novelist Francesca Melandri and her views about life with the pandemic.

(Photo: A clinic worker checks the body temperature of a Rohingya man at a local clinic facility in Kuala Lumpur. Credit: Getty Images).

US Surgeon General: Coronavirus is "our 9/11 moment"