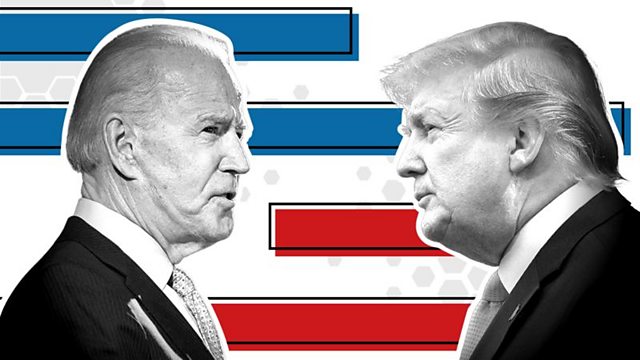 Less than a week to US election

The campaigns are making their final pitches to voters

With just a week to go until the US election, we’ll hear how the Biden and Trump campaigns are getting their final pitches in. Also in the programme, the elite Central Committee of China’s ruling Communist Party is meeting behind closed doors over four days to create the economic blueprint for world's second biggest economy. Meanwhile, a Hong Kong activist has been detained by plain-clothed police officers near the US consulate, before reportedly attempting to claim asylum. And the cinema business is in trouble: movie theatres are closed or limiting numbers because of the pandemic and the supply of new releases has dried up. Plus, we’ll hear how working from home could be making us less creative.

All through the show we’ll be joined by political journalist Erin Delmore in New York and Enda Curran of Bloomberg in Hong Kong.