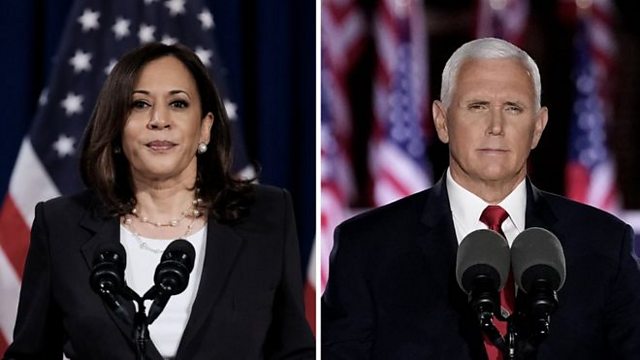 Harris and Pence to face off in debate

After a controversial debate between President Trump and candidate Biden last week, Vice President Pence and candidate Kamala Harris are set to face off in Utah. Emily Means, a reporter with KUER Public Radio in Utah, tells us what to expect at the debate in Salt Lake City. Also in the programme, President Trump's administration has unveiled a tightening of rules for H-1B visas, which allow tens of thousands of high-skilled immigrants to work in the US. The President says this will protect US jobs but Michael Clemens, economist at the Centre for Global Development, says the evidence does not support this. Maelle Gavet, a Silicon Valley executive and author of “Trampled By Unicorns: Big Tech’s Empathy Problem and How to Fix it,” joins to talk about this week's congressional report into the monopoly powers of Amazon, Alphabet, Google and Facebook. And as global temperatures rise, we take a look at the impact on the workplace.

All through the show we'll be joined by Andy Uhler of Marketplace in Texas, and Patrick Barta with the Wall Street Journal in Bangkok.