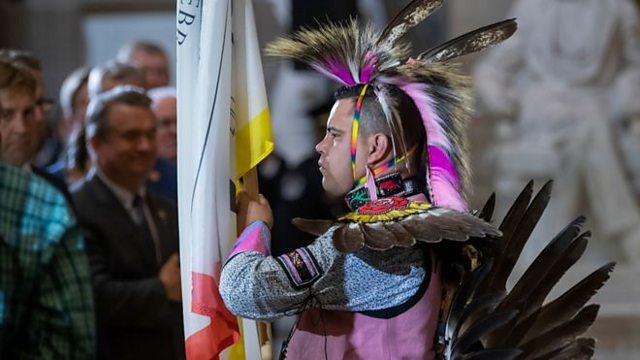 The US Supreme Court ruled on Thursday about half of Oklahoma belongs to Native Americans, in a landmark case that also quashed a child rape conviction. The justices decided 5-4 that an eastern chunk of the state, including its second-biggest city, Tulsa, should be recognised as part of a reservation. We hear from representatives of the Muscogee Creek and Cherokee Nations about the significance of this ruling. Also in the programme, Amazon has said an email sent to employees asking them to remove the video-sharing app TikTok from any mobile device that can access their company email was sent in error. The BBC's Michelle Fleury breaks down the security concerns Amazon may have about TikTok. And we have an in-depth report examining how African American-owned assets can be undervalued. Plus, a new book explores the historical relationship between McDonalds and black business owners.

All through the show we'll be joined by business journalist Peter Ryan, senior business correspondent with the ABC in Sydney.

(Picture: A representative of the Choctaw nation. Picture credit: Shutterstock)

Will President Trump have to give up his tax returns?