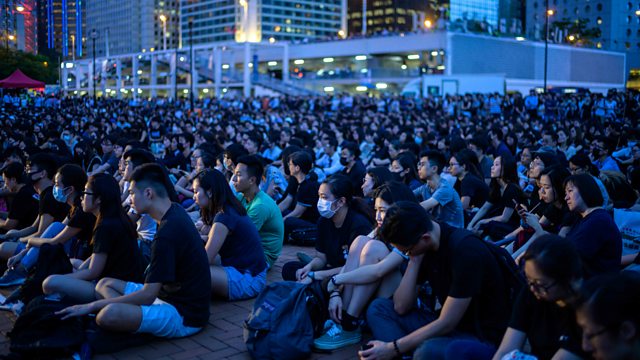 Hong Kong: Another weekend of protest

It's the ninth consecutive weekend of anti-government and pro-democracy demonstrations in Hong Kong.

A general protest rally is expected in the Mong Kok district of Hong Kong, while pro-Beijing demonstrators will convene in the city’s Victoria Park. On Friday thousands of civil servants joined protests despite warnings from the government about participating.

Also in the programme: why there are fears of a new arms race between Russia and the US; and why one family decided to dedicate their time and money to saving the lives of migrants making the dangerous journey across the Mediterranean.