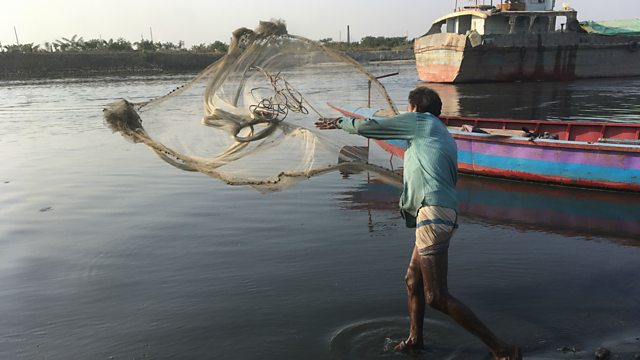 Join Tamasin Ford on the foreshore of the River Thames to explore whether giving nature the same legal status as humans is any guarantee of its protection.

In July 2019 Bangladesh took the unusual step of granting all its rivers “legal personhood”. It was the result of a long fight by environmental campaigners, alarmed by the damage done to the country’s vital river system by pollution and the effects of climate change. But does passing a law recognising that nature has rights, just as humans do, automatically guarantee its protection? According to its supporters, the movement for the Rights of Nature is an expanding area of law, but are those laws anything more than just symbolic? We talk to Dr Mohammad Abdul Matin by the banks of the Buriganga River in Dhaka about the future for the country’s rivers and in New Zealand to Chris Finlayson, who was attorney general in the centre right government that in 2017 passed a law recognising the Whanganui River as a living entity. And Cardiff University law professor, Anna Grear, tells us why giving natural phenomena the same legal status as humans is no safeguard against exploitation. There are other options on the table - Jojo Mehta from the Stop Ecocide campaign explains why she thinks it’s criminal law that provides the most reliable way of preventing damage to nature. And Tamasin goes to Sheffield in the North of England to meet members of STAG, the Sheffield Tree Action Groups, who campaigned to stop their council’s tree-felling programme.

Photo: A fisherman throwing his net into the River Buriganga in Dhaka, Bangladesh. Copyright Salman Saeed/BBC