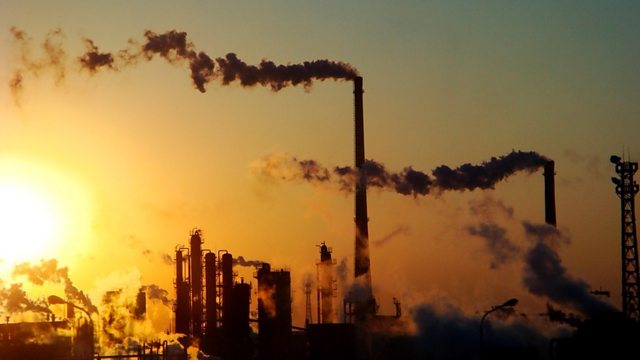 Air pollution can be a silent killer, and we look in-depth at how it can be tackled.

Air pollution can be a silent killer, and we look in-depth at how it can be tackled. Dr Gary Fuller is an air pollution scientist at King's College, London, and explains how it can best be monitored. Heather Acton is a councillor responsible for air quality in Westminster, London, and discusses what's being done there to minimise pollution. Delhi in India is regularly among the most polluted cities in the world, and we find out more from Jyoti Pande Lavakare, co-founder of campaign group Care for Air India. And we hear how the Chinese authorities have made progress with pollution in Beijing from Tiy Chung, who works in Paris for the UN's Climate and Clean Air Coalition. Also in the programme, we get analysis of the easing trade war between China and the United States with Fred Hochberg, a former president of the Export Import Bank of the US, who has just written a book called Trade is Not a Four Letter Word. Plus, we hear tips on how to have a cheap Valentine's Day date from users of the BBC Facebook page My Money World.

The quest to tax the tech titans