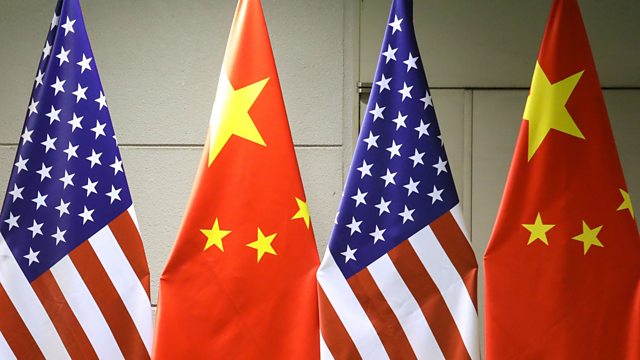 With a deal due to be signed between the US and China, we ask if the trade war is ending.

With a deal due to be signed between the US and China, we ask if the trade war is ending. Wendy Cutler is vice president of the Asia Society Policy Institute in Washington, and tells us why both sides have come to the table now. The deal is expected to include measures on intellectual property theft, and Drew Greenblatt, chief executive of Marlin Steel discusses the impact of discovering his products were being counterfeited by another company in China. And Shanghai-based independent economist Andy Xie explains how the deal is being reported from the Chinese side. Also in the programme, Kenya's president Uhuru Kenyatta has replaced his ministers for finance, agriculture and industrialisation. We hear from Gabriel Oguda, writer with the Daily Nation newspaper, what's behind this sudden shake up at the top of Kenya's government. Plus, three gaming stars, or streamers have been signed up by Google's YouTube. Rachell "Valkyrae" Hofstetter, Elliott "Muselk" Watkins and Lannan "LazarBeam" Eacott will exclusively screen their games on the Youtube platform having been poached from the rival Amazon service, Twitch. We hear more about how big tech companies are battling for this lucrative market.

Is a meat diet sustainable?