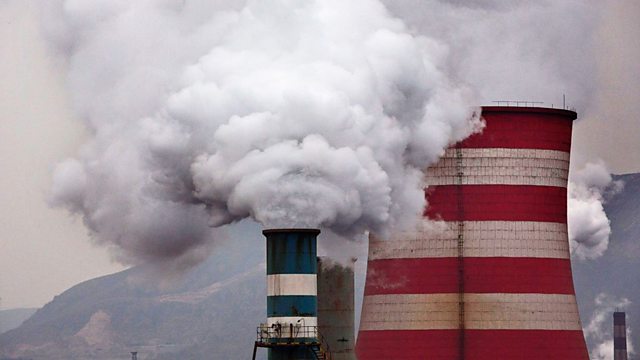 The challenges of carbon trading

Carbon trading is seen as a tool to combat climate change, but it has its challenges.

Carbon trading is seen as a tool to combat climate change, but it has its challenges. As the UN climate change conference gets under way in Madrid, Kaisa Amaral from Carbon Market Watch explains the thinking behind emissions trading. Steffen Boehm of Exeter Business School tells us why a global commitment to developing a new global trading system to cut pollution has been proving contentious. And Kelly Levin of the World Resources Institute argues that no deal in Madrid might be a better outcome than agreeing an ineffective scheme. Also in the programme, we continue our series of interviews with people from each of the main UK political parties ahead of next week's general election. Jonathan Reynolds is one of the Labour Party's finance spokespeople, and discusses his party's economic policies. Plus the BBC's Vincent Dowd finds out how the Martin Scorsese film The Wolf of Wall Street has been turned into a 'live immersive experience' in London.

COP25 to kick off in Madrid