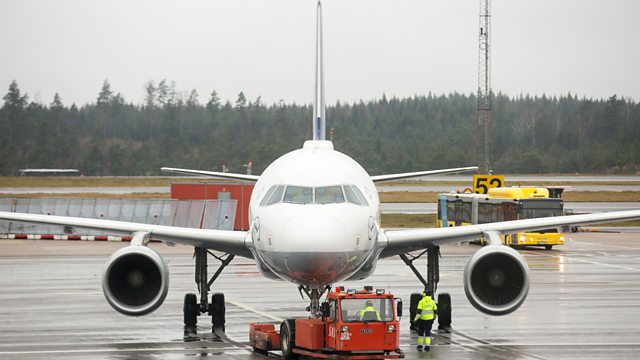 As the airline Easyjet pledges to become carbon neutral, we ask what that really means.

As the airline Easyjet pledges to become carbon neutral, we ask what that really means. Annie Petsonk works for US NGO the Environmental Defence Fund, which has been advising the International Civil Aviation Organisation on setting up a global carbon offsetting scheme, and explains how it assesses the environmental value of different carbon offset options. We hear from Samson Parashina of the Chyulu Hills Conservation Trust in Kenya about how they prove that money invested in their offsetting projects actually leads to a reduction in Carbon Dioxide in the atmosphere. And Graham Thompson of environmental charity Greenpeace questions whether such projects could realistically tackle the problem of emissions growth in the aviation sector. Also in the programme, Nigerian campaigners are speaking out against a government bill that would regulate engagement on social media. Aniete Ewang of Human Rights Watch in Nigeria tells us why many citizens are suspicious of the bill. Plus our reporter Stephen Ryan heads to Limerick in Ireland to find out how the growth in streaming services like Netflix has enabled the city to give a new lease of life to a closed down Dell computer factory as a TV and film studio.

The challenge of ransomware