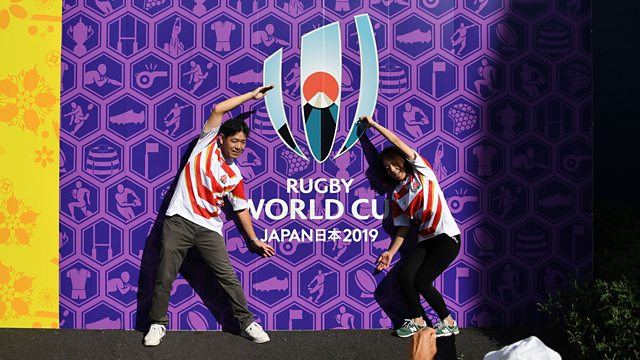 In an highly competitive world, we ask how sports can expand to develop in new markets.

In an highly competitive world, we ask how sports can expand to develop in new markets. The Rugby World Cup reaches its climax in Japan on Saturday, and Sue Carty from rugby's World Governing Council assesses how much of a success the event has been. After the Toronto Raptors basketball team won the US NBA this year, Lindsay Dunn, basketball reporter with City News Toronto tells us how it gave the game a huge boost in Canada. Former track and field athlete Denise Lewis discusses how the decision to hold the World Athletic Championships in Doha, Qatar, backfired as many events took place in nearly empty stadiums. And leading Indian sports writer Shardha Ugra looks at how the creation of T20 cricket matches has turned the sport into a billion dollar business in the country.

And we head to California where wildfires are raging, and speak to some of the residents affected.

Also in the programme, messaging company WhatsApp is suing Israeli surveillance firm NSO Group, accusing it of using malicious software to break into the phones of about 1,400 people. John Scott-Railton is senior researcher at Citizen Lab and brings us the background to the case.

The rise of Alibaba