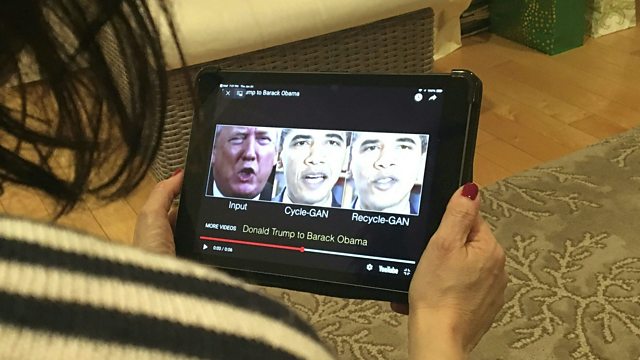 We ask how much of a problem it is that software can easily manipulate people's image.

We ask how much of a problem it is that software can easily manipulate people's image. Artist Libby Heaney has been experimenting with so-called deepfakes, and tells us what is involved in making it appear someone says something they did not. Katja Bego is a data scientist at the innovation foundation Nesta, and discusses how widespread the phenomenon could become, and whether fake videos could become a threat to democracy. And Julie Owono of the digital rights organisation Internet Without Borders explains how controversy surrounding a possibly faked video of Gabon's president Ali Bongo led to political ramifications in the country. Also in the programme, we consider the economic prospects for the newly elected president of Argentina, Alberto Fernandez. Plus, our regular workplace commentator, Alison Green, considers how best to respond if your boss starts yelling at you in a staff meeting.

What makes an eco-home?