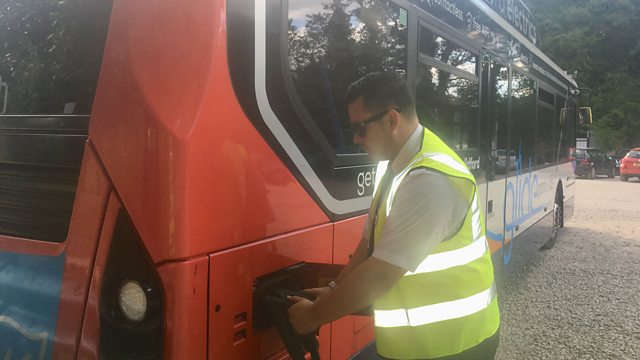 The future of electric transport

As electric transportation begins to catch on, we look at the infrastructure required.

As electric transportation begins to catch on, we look at the infrastructure required. Making it possible for electric buses to just plug in and go sometimes requires a power storage battery at the bus depot. James Basden is co-founder of Zenobe, which installs such systems, and he tells us they can also be useful for helping intermittent renewable energy to be harnessed more effectively. And Yayoi Sekine of Bloomberg's New Energy Foundation discusses how China is becoming the world leader in battery storage systems. Also in the programme, Britain's second biggest steel producer, British Steel, has been put into liquidation, leaving 5,000 jobs at risk, and endangering another 20,000 in the supply chain. Carys Roberts is chief economist at left wing think tank the Institute for Public Policy Research, and explains the pressures British Steel has been under. Plus ahead of this week's European Union parliamentary elections, our economics correspondent Andrew Walker discusses the varying economic picture across the member states.

The future of electric transport