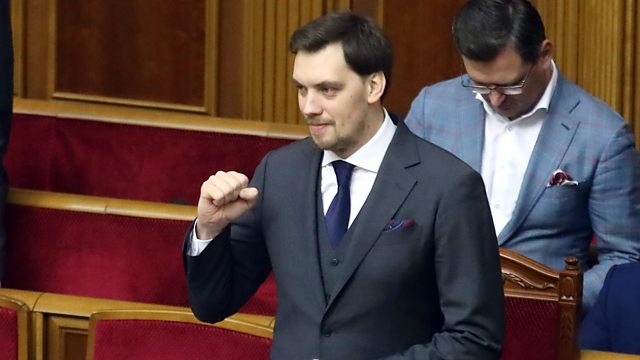 Ukraine's Prime Minister Oleksiy Honcharuk has offered to resign after a leaked audio recording appeared to show him criticising the president. The voice is not officially confirmed as his. The Ukrainian president Volodymyr Zelensky has now ordered an investigation into the publication of the recording.

Also, Apple could be forced to abandon its Lightning connector cable. The cable is used to charge and sync many Apple devices, such as the iPhone. But members of the European Parliament want to force the big tech companies to adopt a single universal charging method.

And we talk you through some trending music stories, including Eminem's controversial new rap, Mac Miller's posthumous album and BTS's new song that's breaking the internet.