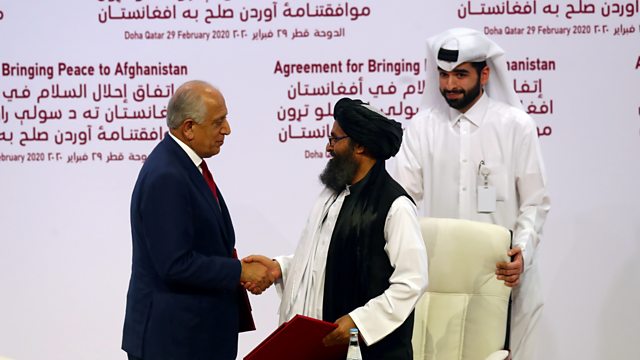 US signs agreement with The Taliban

US commits to withdraw some troops from Afghanistan as part of accord signed in Doha.

US President, Donald Trump said the US had committed to withdraw 5000 troops from Afghanistan by May. The Taliban have agreed not to allow any extremist group to operate in areas they control and to hold talks with the Afghan government.

Also in the programme: Thousands of migrants and refugees attempt to cross from Turkey into Greece and Russia's first theme park opens.