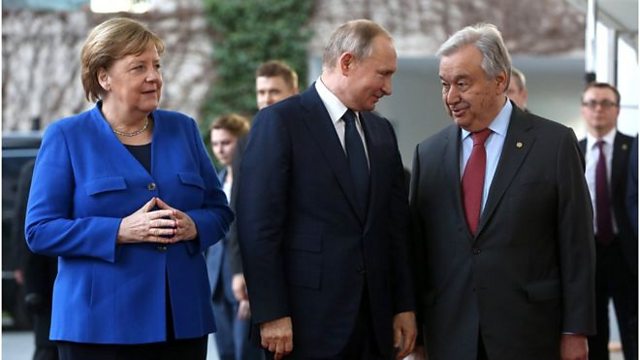 At a summit on Libya, world powers have agreed to uphold a UN weapons embargo as part of efforts to resolve the conflict there.

Also in the programme: Leaked documents seen by the BBC reveal how Africa's richest woman, Isabel dos Santos of Angola, made her fortune through exploiting her own country; and Iran chess referee, Shohreh Bayat, fears returning home over hijab row.