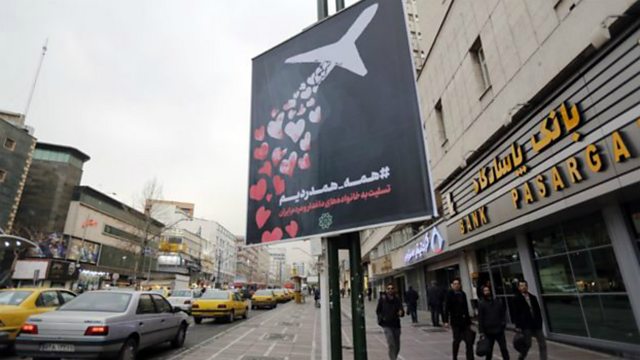 A voice of protest in Iran

On the third day of anti-government protests, we hear from an Iranian woman who says she's had enough of the government's "lies". Also on the programme: "Joker" leads the pack in Oscar nominations, but critics say the lack of diversity is no laughing matter; and Newshour's Tim Franks is in Lebanon where there is continuing social unrest.

(Picture: A banner on a lamppost in Tehran says: "We are all in pain and sympathise." Credit: EPA)

Rouhani: Everyone responsible to be punished for jet tragedy