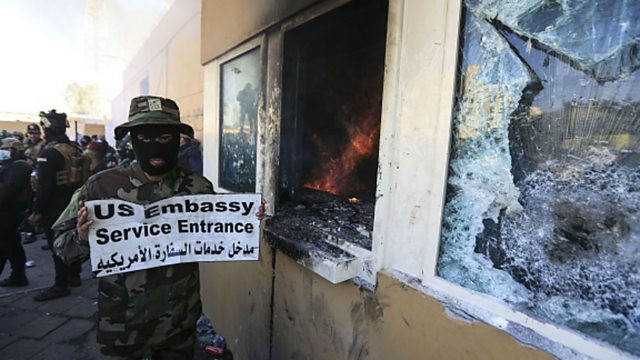 US embassy to send extra troops to its Iraq embassy

Security increased after perimeter of Baghdad embassy is breached.

The United States is sending extra troops to protect its embassy in Baghdad after Iranian-backed protestors forced themselves though its outer perimeter on Tuesday. Members of Kataib Hezbollah breached the embassy grounds following US military action over the weekend, which killed at least 25 of the group’s fighters.

Also in the programme: Author Ian McEwan on publishing giant Sonny Mehta; and a round-up of the sounds of New Year’s Day celebrations across the world.